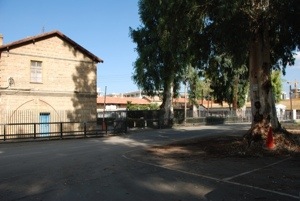 OVER 160,000 registered companies in Cyprus have not paid a €350 annual levy imposed as part of austerity measures to prop up the economy, Company Registrar head Spyros Kokkinos has said.

From 272,398 registered companies,
only 115,790 paid the tax by the end of August, Kokkinos said. Over 60 per cent of companies had failed to pay the tax. If all companies had paid the levy this year before the end of July deadline, some €90.3 million would have gone into state coffers.

The levy was introduced in 2011 along with a series of other measures to support the island’s economy. In its first year of introduction, a total of 94,591 companies paid the tax while some 115,790 paid in 2012.

As of 2012, a penalty of €35 is incurred for a delay in paying up by up to two months, while a five-month delay draws a €140 penalty. A company may be stricken off the register if it delays paying beyond five months, and would need to pay €500 to get reinstated within two years of getting stricken off or else €750 beyond the two-year mark.

Kokkinos said that launching procedures to get companies stricken off the record needed to be part of a “sensible” policy bearing in mind the debt crisis. He said that because some of these companies possibly owed money to government departments and individuals striking companies off the record was “far from helping the economy”.

In addition, banks might oppose procedures if the companies have collateral with them, he said. “We do not have to rush things,” he said although he added they were obliged to uphold laws.

From 2009 onwards, about 25,000 companies have applied to be taken off the register, Kokkinos said. Between March and May, following the island’s bailout, company registrations dropped by 50 per cent compared with the previous years, Kokkinos previously said.
http://cyprus-mail.com/2013/09/04/companies-not-paying-austerity-levy/